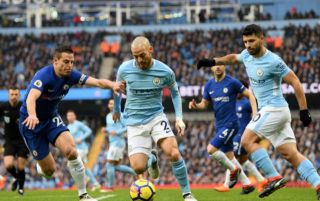 Manchester City are reportedly in very advanced talks over an €85million deal to seal the transfer of Real Madrid playmaker Isco this summer.

The Spain international is linked strongly with the Premier League champions by Don Balon, who state he’s being lined up by Pep Guardiola for the key role of replacing David Silva.

Silva has confirmed in an interview with the Daily Mirror that next season will be his last at the Etihad Stadium, so it makes sense that Guardiola might already be working on bringing in another creative player to fill that gap.

The 33-year-old will no doubt be a tough act to follow at City, but Isco looks someone who could make a great fit into Guardiola’s system.

Despite struggling to establish himself as a key part of this Madrid team, Isco has been there or thereabouts as an important member of the first-team for much of his time at the Bernabeu.

The 27-year-old now looks as though he could benefit from a new challenge and with a move to a team where he’ll be more highly valued, and City makes sense as that team.

Isco would also bring a wealth of experience after playing his part in four Champions League wins and one La Liga title win in his time in the Spanish capital.