Leeds Utd are reportedly on the verge of securing the signing of Barcelona youngster Rafa Mujica to bolster Marcelo Bielsa’s squad.

The 20-year-old bagged seven goals and an assist in 33 appearances for the youth side last season, but with his contract expiring this summer, he’s being tipped to leave the Nou Camp.

Now according to HITC, Leeds are the front-runners to snap him up as a move to Las Palmas looks to have fallen through for the youngster.

While it remains to be seen if it’s officially confirmed next week, there will also be a decision to make for Bielsa as to whether he brings him into the senior squad immediately and puts him in the youth set-up to start with.

Following on from their disappointment in the playoffs last season, Leeds will be desperate to learn from those mistakes and secure promotion from the Championship back up to the Premier League next time round.

In order to do that they’ll arguably reinforcements capable of offering a more immediate impact, and so it remains to be seen if Mujica gets the chance to play his part next season if a deal can be wrapped up. 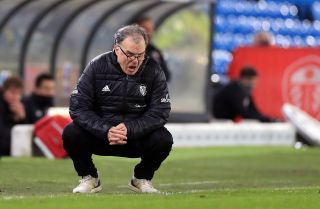 Future finally assured for Leeds United star who has had to endure four loan moves since signing on at Elland Road March 12, 2021 15:38
Leeds United FC