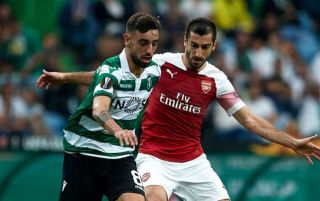 Liverpool are reportedly set to try a new approach for the transfer of Sporting Lisbon attacking midfielder Bruno Fernandes.

The in-demand Portugal international had a superb season in 2018/19, catching the eye with an impressive record of 28 goals and 14 assists in all competitions.

Unsurprisingly, this has led to plenty of rumours linking Fernandes with bigger clubs, with the Premier League looking particularly likely to be his next destination.

The latest from Jornal de Noticias, as translated by Sport Witness, Liverpool are now looking set to up their offer for the 24-year-old, in an approach that could also spark Manchester United into life in terms of improving their bid for him too.

Tottenham are also mentioned in the report, though one imagines that, with Gianluca Di Marzio linking them strongly with Lyon’s Tanguy Ndombele, they may have other priorities.

Fernandes would be a quality signing for either Man Utd or Liverpool, though it’s arguably the Red Devils who need him more.

With Paul Pogba, Nemanja Matic and Fred all having below-par seasons in their own way last term, it could be that Fernandes would be a considerable upgrade in that department.

Liverpool’s interest makes sense as well, however, as they may well have expected more from Naby Keita in his first season at Anfield, playing in a similar role between the midfield and the attack.