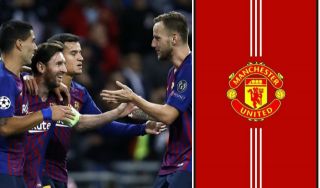 Manchester United have reportedly been handed a major boost in their pursuit of the potential transfer of Barcelona midfielder Ivan Rakitic.

According to a report from ESPN, Barca are actively encouraging Rakitic to leave the club this summer, with Paris Saint-Germain and Inter Milan mentioned as possible destinations.

The Croatia international has also been linked with Man Utd as well, however, with the Daily Record among the sources to report of their interest, while Don Balon went one further and claimed the Red Devils had made a bid of £58million for him.

If MUFC really are serious about signing Rakitic, then they’ve effectively been cleared to do it, if this ESPN report is anything to go by.

Still, it remains to be seen quite how high a priority the 31-year-old is, with other big names also linked with the club as transfer targets in that area of the pitch.

Newcastle youngster Sean Longstaff is one target mentioned by BBC Sport, while the Daily Mirror have mentioned them as among the admirers of Lyon star Tanguy Ndombele.

Rakitic, however, is a proven performer at the highest level and has the experience of winning major honours that could be so useful to this struggling United squad.