Arsenal fans could be hit with a major blow this summer, reports are suggesting that one of the Gunners’ biggest stars is open to joining their heated rivals.

According to Italian outlet TuttoSport, Arsenal superstar Pierre-Emerick Aubameyang is open to a move to Manchester United, the Gabon star is being linked with a move to Arsenal’s heated rivals as a potential replacement for striker Romelu Lukaku – who has been subjected to intense interest from Inter Milan.

With both United and Arsenal enduring a difficult time in recent seasons, Unai Emery and Ole Gunnar Solskjaer have been tasked with rebuilding the giants and returning them to their former glory. Considering how fierce competition is between England’s top six sides, Arsenal simply can’t afford to lose one of their stars to a rival. 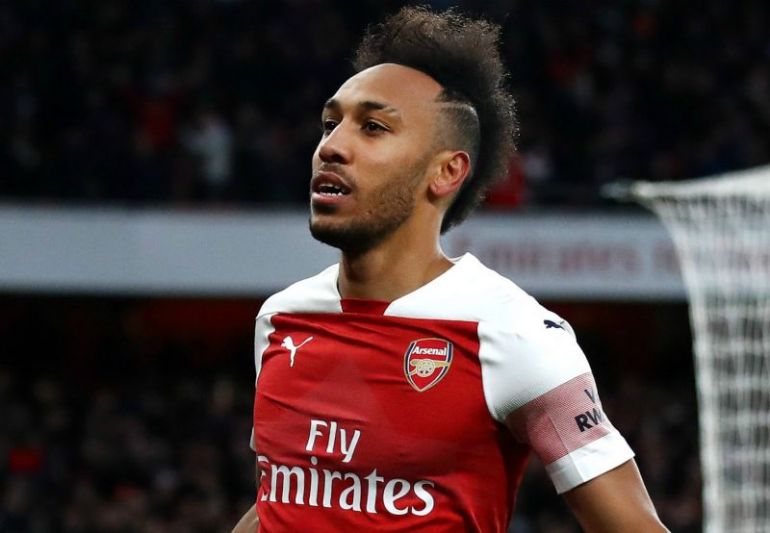 United making a move for Aubameyang would be a hard pill for Arsenal fans to swallow, the Red Devil’s potential swoop for the star would remind fans of when Robin van Persie ditched the Emirates for Old Trafford.

It turned out to be a double whammy for the Gunners as Van Persie went on to fire United to the 2012/13 Premier League title.

It’s worth noting that this move looks very unlikely at this stage, according to The Telegraph, United are set to reject Inter’s opening loan-to-buy offer to sign Lukaku.

Until Lukaku’s exit is sealed, it’s extremely unlikely that United will make a move for a new striker – it could also be very difficult for United to agree a deal with Arsenal for Aubameyang – it would cost a pretty penny for the Gunners to part with their prized asset.