Italian giants AC Milan have reached an agreement with governing body UEFA that will see them banned from the Europa League next season.

As per Mirror Sport, the Court of Arbitration for Sport have banned AC Milan from European competitions for one-year after they made an agreement with governing body UEFA following breaches of Financial Fair Play rules.

The ban spells the end of a long run of proceedings between UEFA and Milan, the Rossoneri were previously banned for breaking FFP rules, but the Italian giants managed to successfully appeal that two-year ban and take part in last season’s Europa League. 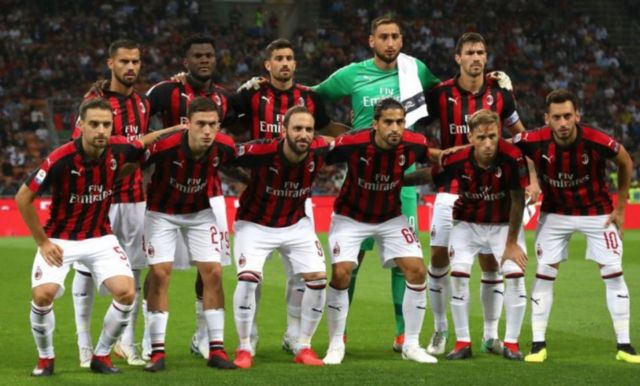 AC Milan will have the chance to focus on Serie A next season, the giants narrowly missed out on a Champions League spot to rivals Inter last season,

With Milan now banned from the competition, AS Roma – who finished sixth in Serie A, will move up to the Europa League group stage and seventh-placed Torino will now have a place in the competition’s qualifying rounds.

Here’s an overview of the ruling:

Milan’s decision to finally face up to the consequences of their actions could actually pay dividends in the not so distant future, the San Siro outfit can now focus solely on their football and challenging for a Champions League spot next season.

Playing in one less competition next season will certainly give the side an edge over their Serie A rivals, this will also allow new boss Marco Giampaolo to get to grips with his side without the pressures of European football.
News of today’s ban could also act as a warning signal to other teams that have broke or are on the brink of breaking FFP rules, some may have thought that the sanctions of breaching FFP wouldn’t be too serious and they’d get away with a slap on the wrist.

AC Milan continue to evaluate manager’s position after being ready to sack Giampaolo at half time vs Genoa October 6, 2019 15:46
AC Milan