Premier League giants Manchester United and Arsenal are set to go head-to-head for the transfer of this exciting attacker who plies his trade in the Bundesliga.

According to The Sun, Premier League giants Manchester United, Arsenal and Liverpool are all in the race to sign exciting Borussia Dortmund star Jacob Bruun Larsen, the 20-year-old winger broke through into Dortmund’s first-team last season and established himself as an important first-team player.

The star’s impressive performances for Lucien Favre’s side also earned him a call up to the senior Denmark national team, the star also turned in some quality performances for Denmark during their run in the European Under-21 Championships this summer. 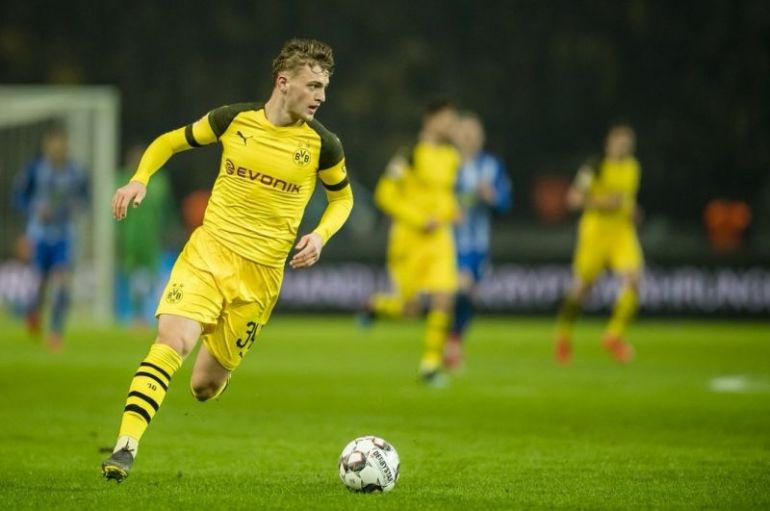 Larsen is mostly used on the left-flank, the 20-year-old Dane established himself as an important first-team player for Dortmund last season.

Liverpool and Arsenal could be perceived to have the best chances of convincing the star to leave the Westfalenstadion, Jurgen Klopp will be well aware of the talented youngster as he was in charge of Dortmund when the German giants signed the ace from Danish side Lyngby.

Arsenal will be expected to have the full profile on the star as former head of recruitment Sven Mislintat – who made a shock exit from the Gunners earlier this year – was Dortmund’s head of scouting when Larsen joined.

Ole Gunnar Solskjaer will also be keen on the star as the Red Devils are eyeing exciting youngsters as the foundation of their major rebuild this summer.

Arsenal and United would be the most favourable destinations for Larsen at this stage of his career, as both sides are lacking quality options out wide – a move to Liverpool wouldn’t be too wise as Larsen will have little chance of getting into the team ahead of the likes of superstars Mohamed Salah and Sadio Mane.