United announce the signing of Wan-Bissaka from Crystal Palace yesterday, something that finally put an end to the transfer saga surrounding the player.

It was a signing that United definitely needed given the fact they lost club captain Antonio Valencia recently after his deal with the club expired, combined with the declination of Ashley Young.

Wan-Bissaka’s arrival means that United have their right-back position sorted for many years into the future, an aspect that makes this signing look like a bit of a bargain.

The announcement from United would’ve been a great sight to see for all of their fans, and former players by the looks of it.

We knew the two clubs and their fanbases hated each other, but this just takes it to a whole new level! 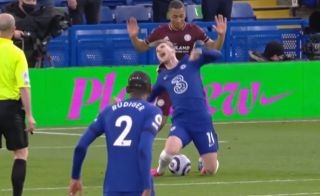