West Ham Utd are reportedly in pole position to sign Salomon Rondon but they’re still short of West Brom’s valuation of the striker.

The 29-year-old bagged 12 goals and seven assists in 33 appearances during his loan spell with Newcastle Utd last season, but he will now return to the Baggies this summer as he awaits developments on his future.

Naturally given that they’ll still be in the Championship next season, it will continue to lead to question marks over his desire to stay at the Hawthorns, with speculation rife that he’ll have the option of playing Premier League football again next year.

As reported by Claret&Hugh, West Ham have already submitted a £10m bid for the Venezuelan forward, and although that falls short of West Brom’s reported £16.5m valuation, as per the clause in his contract,  Newcastle are said to be unwilling to pay that much.

That would leave the Hammers in a great position to press ahead with their pursuit, but it remains to be seen if the two parties are willing to reach a compromise on the transfer fee as that is still a significant gap between the two figures being touted. 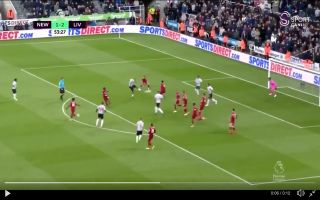