Tottenham’s first signing in 18 months is set to be a massive one, Spurs could beat rivals Manchester United to sign this exciting star in a deal worth £64m.

According to French publication L’Equipe, Tottenham have agreed a initial fee of €62m (£55.5m) with French giants Lyon for the signing of midfielder Tanguy Ndombele. It’s also understood that the Champions League finalists could pay an additional €10m (£8.95m) in performance-related bonuses to the Ligue 1 outfit.

Despite a fee being agreed with Lyon, Mauricio Pochettino’s side are yet to agree personal terms with the breakout star.

Spurs could still lose out on the star’s signature to Manchester United. According to Mirror Football, the Red Devils are still interested in signing the star and a battle between the two Premier League giants could be about to begin if Ole Gunnar Solskjaer’s side can match Spurs’ offer. 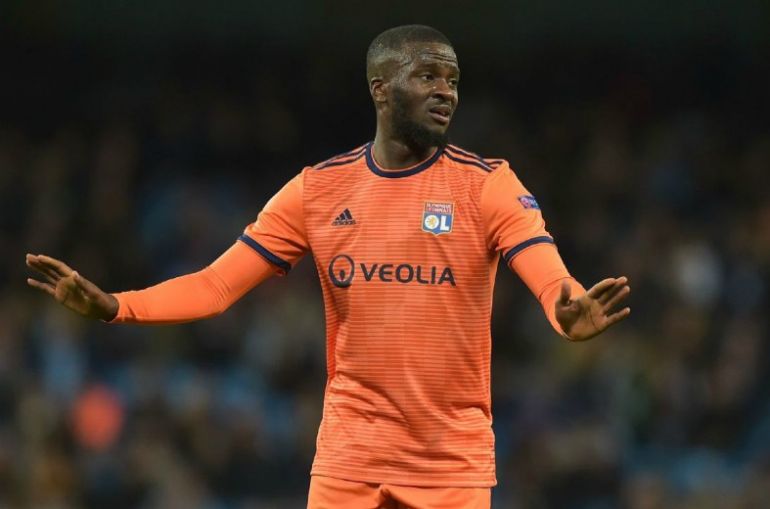 Ndombele established himself as one of the best young midfielders in Europe with his impressive performances last season, at just 22 years of age, the star is a massive talent and has the potential to play at the highest level for many years to come.

Ndombele’s signing would be a very smart move from Spurs, the north London club failed to replace fan favourite Mousa Dembele when he recently joined the Chinese Super League and the Frenchman would be a massive upgrade on the likes of Eric Dier – who is often a target of criticism from fans.

The 22-year-old could form a formidable partnership with countryman Moussa Sissoko, the ex-Newcastle star finally found his feet with Spurs last season and he’s starting to live up to his price-tag.

United’s ambition in the transfer market is set to be tested following this news, the Red Devils are in desperate need of boosting their midfielder options following the departure of Ander Herrera and the unconvincing performances of the ageing Nemanja Matic.

United midfielder Fred has also struggled since his big-money move to Old Trafford last summer, should Ole Gunnar Solskjaer target Ndombele as the next piece of the puzzle in the massive rebuild of the Red Devils that he’s been tasked with completing this summer.