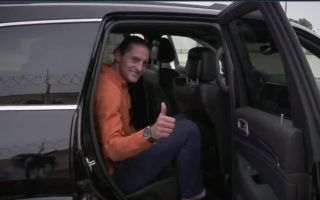 French international Adrien Rabiot has arrived in Turin for his medical with Juventus as the Italian giants look to complete a free transfer for the player.

According to CalcioMercato, Juve are edging ever close to signing the midfielder, with the player now in Italy to undergo a medical before signing for the Serie A outfit.

As per the Mirror, Rabiot it set to move for absolutely nothing due to his contract with PSG running down.