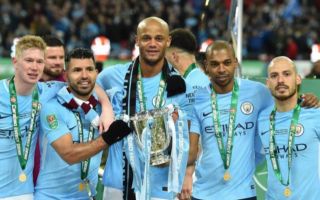 Manchester City have reportedly decided to make David Silva their new club captain for his final season with the club after the departure of Vincent Kompany.

The Spaniard has been a tremendous servant at the Etihad Stadium and is entering his 10th year with the Premier League giants.

Silva recently confirmed he would be leaving City at the end of the season ahead in an interview with the Daily Mirror, and it looks like the club are paying a great tribute to him as he prepares to move on.

According to the Daily Mail, the 33-year-old will be handed the captain’s armband for the 2019/20 campaign after Kompany’s departure.

Those will be big boots for Silva to fill, but he has worn the armband before in Kompany’s absence, so should have the experience and mental attributes to perform those duties well.

In general, it will be a joy to get another year to watch one of the finest players the Premier League has seen and a fitting tribute for him to get the chance to skipper the side before he leaves.