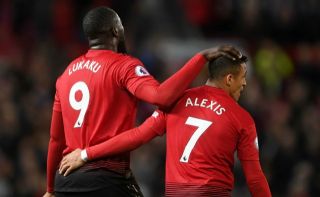 After a difficult season last year, speculation remains rife over Romelu Lukaku’s future at Man Utd as he continues to be paired with an exit from Old Trafford this summer.

The 26-year-old managed just 15 goals in 45 appearances last season, and with Ole Gunnar Solskjaer arguably looking for more pace, movement and a killer instinct in the final third, it raises doubts over Lukaku’s ability to fit into that plan moving forward.

According to Sky Sport Italia journalist Gianluca Di Marzio though, it’s suggested that the Belgian international isn’t short of interest, as Inter want to schedule a meeting with Man Utd in order to discuss a deal for their forward.

It’s added that they are proposing a deal worth €70m with a two-year loan formula and an obligation to buy, but it remains to be seen if United are going to demand for a straight sale rather than a structured payment plan.

As per The Sun, Lukaku has returned to pre-season training early. Whether that’s an attempt to impress Solskjaer in order to get another chance next season or to simply keep himself in shape if an exit does materialise is unclear.

Either way, it’s good commitment from the former Everton striker, as he will want to be in top shape and form when the season starts regardless of whether that’s in Manchester or Milan.

Nevertheless, given how the speculation has been ongoing for weeks, Antonio Conte is seemingly eager to prise Lukaku away from Man Utd in order to lead his line for the Nerazzurri.

With Marcus Rashford penning a new long-term contract, as noted by BBC Sport, that would suggest that the 21-year-old is going to be a central figure in Solskjaer’s plans in attack, and so an exit for Lukaku may well be the best outcome for all parties concerned.