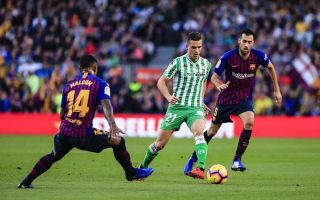 According to the print edition of Marca, as translated by Sport Witness, the Red Devils are there alongside Tottenham as suitors for the 23-year-old, who looks an extremely exciting talent.

Lo Celso finished last season with 16 goals and five assists in all competitions, and it’s clear the Argentina international could add something to Ole Gunnar Solskjaer’s squad.

United need someone to provide a bit more creativity and spark in the final third, with Paul Pogba not performing at his best, while Juan Mata is ageing and not the player he once was.

The report from Marca apparently states Betis want around €75million for Lo Celso, though they could settle for slightly below that.

That should be perfectly affordable for a club like Man Utd, so their fans will surely be hoping to see them step up their interest in this deal in the coming weeks.