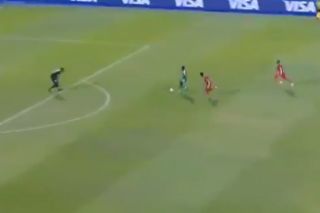 Liverpool star Sadio Mane was in fine form for Senegal on Monday night as his brace helped them to a 3-0 win over Kenya at the Africa Cup of Nations.

The victory secures their place in the round of 16 where they face Uganda, and it appears as though Mane is hitting form at just the right time.

After missing a penalty in the first half, the pressure was on the Liverpool forward to bounce back and have a decisive impact on the game, and he certainly delivered.

He kept his cool from the penalty spot soon after too as he made up for his earlier miss and sealed a comfortable victory in the end, and Liverpool fans will undoubtedly be delighted to see their star man do the business on the international stage this summer too.