West Ham could reportedly give Xande Silva a chance to impress for the senior side and fill the void that Andy Carroll leaves behind this summer.

The 30-year-old was released this week after his contract with the Hammers expired, ending a stint with the club which saw him score just 34 goals in 142 appearances.

While that isn’t a hugely impressive record, it does leave West Ham with a problem to solve as they will need to replace his presence up front and add quality and depth up front.

Rather than spend big on a new signing, Football London report that one of the options that Pellegrini could choose to pursue is promoting Silva to the senior side after bagging seven goals in eight appearances for the U23s side last season.

“The rank outsider, the 100-1 horse in the race, but he is a striker and expected to feature in the first team at some stage this season should he continue his excellent development from the first half of 2018/19,” the report reads.

The report notes that Maxi Gomez, Salomon Rondon and Javier Hernandez are all options to take the No.9 shirt for West Ham next season, and so it would seem as though going for a proven option with experience and high quality would be the sensible plan.

If not, Silva could get his shot to impress, and Pellegrini will hope that he can repay that faith shown in him by delivering on the pitch and ensuring that they will remain just fine without Carroll in the squad.

West Ham fans had a brief look at him last season as he appeared in the Premier League and FA Cup, and that could be just the start for him to prove himself.

Newcastle urged to sell TEN players if they stay up 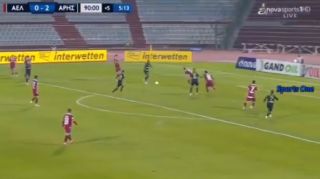