Arsenal have stepped up their interest in RB Leipzig defender Lukas Klostermann after Atletico Madrid watched him at the European Under-21 championships.

The 23-year-old enjoyed a strong 2018-19 campaign in the Bundesliga, racking up 26 appearances in total to help Ralf Rangnick’s side earn a top three finish, while also contributing five goals.

The German full-back has attracted plenty of attention from top clubs across Europe with his performances and he has been tipped to reach the highest level of the game in the coming years.

According to Bild via Team Talk, Arsenal and Atletico Madrid are both vying for Klostermann’s signature, but the Premier League outfit are now prepared to beat the La Liga giants in this particular transfer race.

Team Talk states that Atletico watched the Leipzig star in action at the U-21 Euros during their run to the final, which they ultimately lost 2-1 to Spain.

Their interest has prompted Arsenal into action and they could now launch a bid for Klostermann’s services, with Unai Emery looking to cover a key position in his squad. 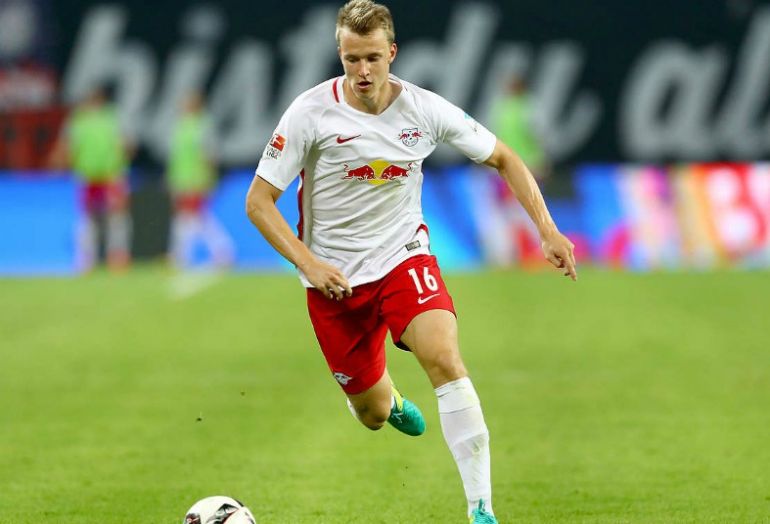 Lukas Klostermann in action for Leipzig

First choice right-back Hector Bellerin is currently sidelined with a cruciate ligament injury, which has left the Spanish boss short on options in defence.

Klostermann’s arrival could help to add greater depth to Arsenal’s ranks and Transfermarkt states that he could be available for as little as £27 million.

The Gunners do not have a sizeable war chest to spend on new players after failing to qualify for the Champions League last season, but the German ace is a cut-price option for the club to consider.

It is not yet known when Bellerin will return, which is why Emery must bring in some reinforcements before the start of the new season and it seems Arsenal are willing to move quickly to push this deal over the line.