Arsenal are being linked with a number of exciting transfers this summer, with the Gunners clearly feeling ambitious even if they’re widely reported to be fairly strapped for cash.

It’s been claimed by football.london and numerous others that Unai Emery only has around £45million to spend as things stand, though obviously player sales could increase their budget.

There could be potential for decent money to be made, however, as key first-teamers like Mesut Ozil and Shkodran Mustafi have been named by the Evening Standard as players Arsenal could be prepared to offload.

Meanwhile, the Gunners have made a bid for Crystal Palace star Wilfried Zaha, according to Sky Sports, so must anticipate some sales.

They could raise an extra £56m from Pierre-Emerick Aubameyang, as the Times report that’s his asking price this summer.

And while that would likely be a hugely unpopular move, it could mean several news faces and a stronger overall look to the squad at the Emirates Stadium.

Wilfried Zaha is a top transfer target for Arsenal

France Football have linked AFC with a much-needed signing in defence in the form of Borussia Dortmund centre-back Dan-Axel Zagadou – the kind of young player the north Londoners may be able to bag on the cheap.

Meanwhile, Sky Sports have also linked them with an approach to sign Yacine Brahimi, who is a free agent this summer, so no need to worry about transfer fees there.

Another cheap signing could be Celtic left-back Kieran Tierney, strongly linked with Arsenal by the Guardian in a potential £18m move – an absolute bargain if they pull it off.

And finally, the Daily Mirror have linked Arsenal with an exciting possible move for Lyon playmaker Nabil Fekir, available for around £30m.

Provided the right sales go through, or potential player exchanges with Palace to bring Zaha’s fee down, there’s every chance Arsenal fans could be seeing this dream XI on display at the Emirates next season – a huge improvement on last term’s squad, and one that could finally get the club back into the top four… 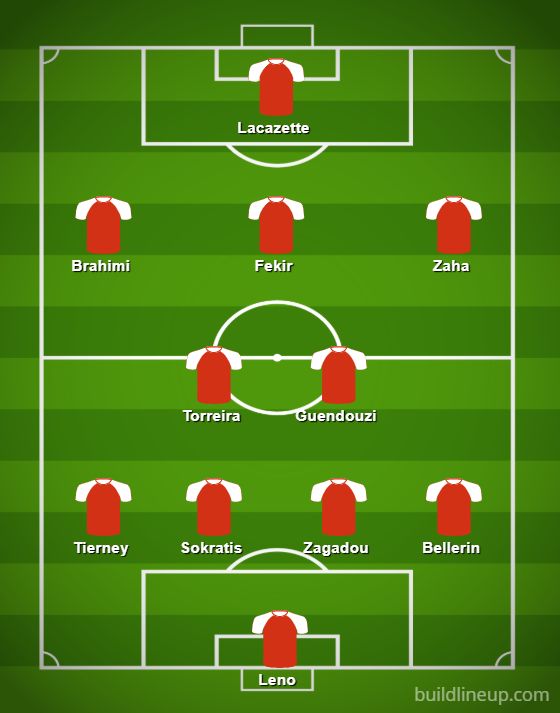