Chelsea midfielder Ruben Loftus-Cheek has agreed to sign a new long-term contract at Stamford Bridge, which could see him earn a significant pay rise.

The 23-year-old has spent his entire career at Chelsea, having risen through the ranks at youth level before graduating to the first team in 2014.

The England midfielder struggled to fight for a place in the starting XI initially, which led to a loan spell at Crystal Palace in the 2017-18 season.

Loftus-Cheek was immense at Selhurst Park and he returned to Chelsea in 2018 with a renewed vigour, but once again struggled for regular playing time after the arrival of Italian boss Maurizio Sarri.

However, the highly-rated star has enjoyed a more prominent role since the turn of the year and he helped the Blues finish third in the Premier League last season, while also winning the Europa League.

According to The Telegraph, Loftus-Cheek has now agreed to terms on a new £150,000 per week deal at the Bridge after successful talks with club officials over the last few weeks. 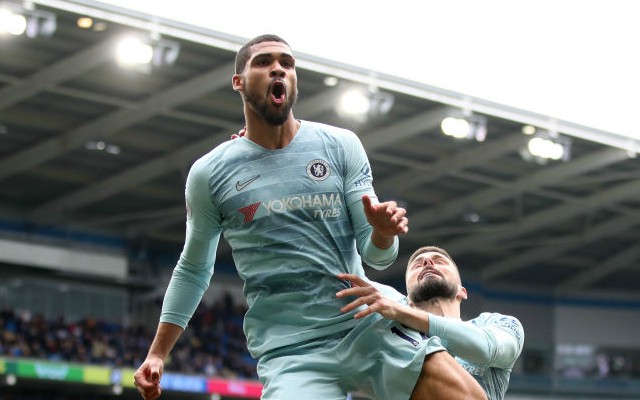 Loftus-Cheek in action for Chelsea

This latest news is just reward for the amount of effort the English playmaker has put into improving his all-around game and a testament to his strength of character after a difficult start to his professional career.

Chelsea fans will surely be pleased that a key performer has committed his future to the club, with The Telegraph reporting that his new contract is set to run for the next five seasons.

A transfer ban has prevented the Blues from signing any new players during the summer window, which makes keeping hold of their current crop of stars a necessity.

Loftus Cheek could emerge as one of the finest players in English football in the coming years, given his immense potential and drive to succeed, but he must first focus on getting fit again.

The one-time Palace midfielder is currently sidelined with an achilles issue and it is not yet known if he will return before the end of the year.