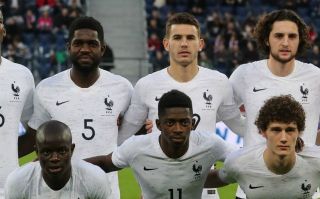 Liverpool are reportedly up there with Bayern Munich as serious contenders to seal the transfer of Barcelona forward Ousmane Dembele this summer.

The France international has not had the best of times in his two seasons at the Nou Camp, failing to build on the immense promise he showed during his time at Borussia Dortmund.

According to Kicker, via Sport, Dembele is now available this summer and a return to the Bundesliga could be on the cards, though Liverpool are also mentioned as a serious option for him.

Calciomercato have previously claimed Dembele could cost around €100million this summer, and it really could be worth the Reds investing in his potential.

Despite the 22-year-old’s struggles with Barca, he looks like he could be an excellent fit at Liverpool, who play a style more similar to that which got the best out of him at Dortmund.

Meanwhile, Bayern could do with a top class wide-player like Dembele to replace departing club legends Arjen Robben and Franck Ribery.