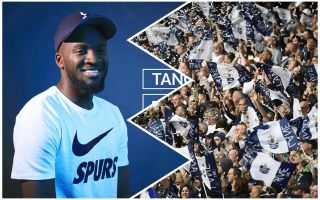 Tottenham and Lyon confirmed the transfer of Tanguy Ndombele on Tuesday evening in a deal that will potentially cost Spurs €70m in total.

The north London club will have been desperate to make a statement this summer to build on their run to the Champions League final as well as another top-four finish in the Premier League last season.

In order to build on that and continue to compete for major trophies, Mauricio Pochettino will have known the importance of signing top class reinforcements to help take them to that next level, and he certainly has that in the form of Ndombele.

As seen in the tweet below, Lyon have confirmed that the deal will potentially cost Tottenham a whopping €70m in total including bonuses, and so it’s certainly a huge investment from the Premier League side who will hope that it’s repaid on the pitch.

However, aside from the fact that the 22-year-old is very talented, the fee involved sends a message to their rivals to suggest that they are ready to compete on and off the pitch now and judging from the reaction below, it has certainly gone down well with the Tottenham faithful.

Time will tell if it proves to be a sensible swoop for the money involved and who follows Ndombele to the club this summer to ensure that they can compete on multiple fronts next year, but this signing alone is enough to excite the fans below who have been forced to wait some time for a new face to join the club.

Welcome back lads, we’re playing with the big boys now.

I FUCKING LOVE YOU LEVY

signing of the window right here

WELCOME TO THE CLUB YOU BEAUTIFUL MAN LETS FUCKIN GOOOOOOOOOOOOOOO????????