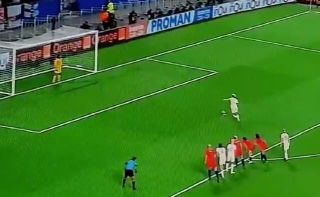 England crashed out of the Women’s World Cup 2019 in dramatic fashion after a 2-1 defeat to USA in Lyon on Tuesday night.

Christen Press had given the holders the lead after just 10 minutes in what quickly became a thrilling encounter between the two sides, only for Ellen White to continue her memorable tournament with an equaliser just nine minutes later.

However, USA were back in front before half-time thanks to an Alex Morgan header, and after VAR had ruled out a second for White, England were handed a late chance to keep their hopes alive with Steph Houghton stepping up to take a penalty.

Unfortunately for her she couldn’t convert, as seen in the video below, while Millie Bright saw red late on as England suffered defeat while USA march on in their attempt to defend their crown.

From a neutral perspective though, it was a brilliant showdown as the two sides put everything on the line and went on to attack throughout, but it ended in heartbreak for England and Phil Neville.