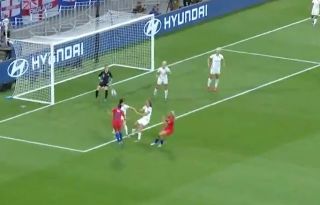 USA found an early breakthrough via Christen Press in their Women’s World Cup semi-final clash with England on Tuesday night.

As seen in the video below, a brilliant delivery from Kelley O’Hara found Press at the back post as she got on the wrong side of Lucy Bronze and headed home the opening goal.

It came after some excellent and patient build-up play from the USA, in what was a frantic and thrilling opening period of the game.

Fortunately for England and Phil Neville though, Ellen White was on hand to drag them back into the encounter as she made it six goals in five games in the tournament with a brilliant finish.

That in turn sets up what should be a superb clash with both sides going for goals and playing attacking football despite the magnitude of the game.

#USA have come flying out of the blocks in Lyon.

Christen Press rounds off a good move to give them the lead. #ENG need to find a way back into this semi-final. 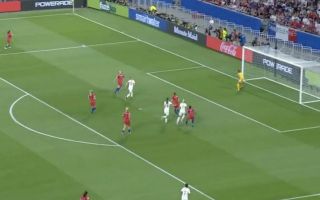