The Colombian spent the last two years of his career on loan at Bayern Munich, after failing to fully establish himself at Santiago Bernabeu during his three seasons at the club.

Head coach Zinedine Zidane has already deemed the 27-year-old surplus to requirements at Madrid and he is expected to complete a permanent move away from the Spanish capital while the market is open.

According to the Daily Express, both Arsenal and Man United have been keeping a close eye on Rodriguez in recent months, with a view to possibly launching a bid for his signature.

However, it now appears that the Premier League duo will miss out on a major signing, with Napoli thought to be the favourites to land the playmaker’s services – as Goal reports.

Madrid want to get rid of Rodriguez as quickly as possible and Napoli boss Carlo Ancelotti is eager to arrange a deal, with a fee within the region of €40 million mooted – as per Goal.

This latest news may come as a bitter blow to Arsenal fans, with Unai Emery currently on the lookout for Aaron Ramsey’s replacement, who joined Juventus earlier in the year. 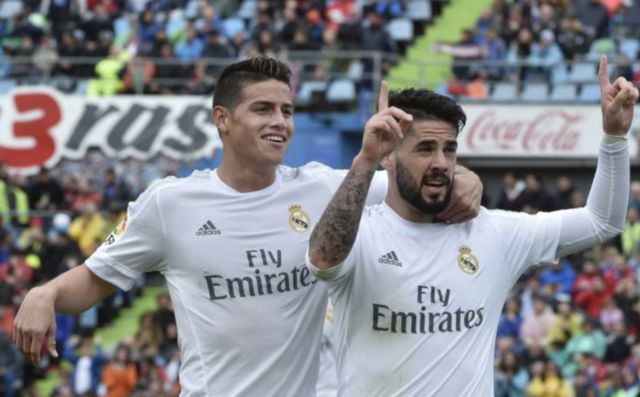 United supporters may also feel aggrieved to learn that Rodriguez will soon be off the market, as Ole Gunnar Solskjaer continues to try an rebuild his struggling squad at Old Trafford.

The Colombia international could have added a new dimension to either team, but it now appears that Napoli will be the ones to enjoy his unique talents on the pitch next season.

Rodriguez is approaching his prime and if he can earn a regular spot in Ancelotti’s line up, he might finally fulfil his vast potential.

Meanwhile, Arsenal and Man United will have to focus on alternative targets as both clubs aim to strengthen further before the 2019-20 Premier League season kicks off in August.