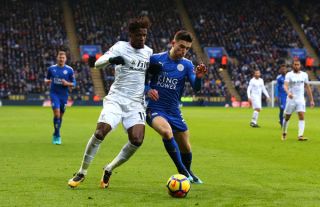 Arsenal are reportedly preparing an improved bid in their latest attempts to seal the transfer of Crystal Palace forward Wilfried Zaha.

The Ivory Coast international has dominated the headlines in the last couple of days as the Gunners have majorly stepped up efforts to try to bring him to the Emirates Stadium.

Sky Sports claimed Arsenal had made an opening offer for Zaha, while BBC Sport claimed this derisory bid had angered Palace.

It remains to be seen if they can be successful with a renewed effort, but the Evening Standard claim they’re prepared to give it a try.

Zaha would clearly be a superb fit for Unai Emery’s side, with the likes of Mesut Ozil, Alex Iwobi and Henrikh Mkhitaryan far from good enough for most of last season.

Zaha would represent a major upgrade and may well be the missing link between Arsenal and a long-awaited return to the top four.

The 26-year-old could be expensive, however, and the Evening Standard’s latest report does not exactly give much of an idea of how much the Gunners are ready to pay for him.