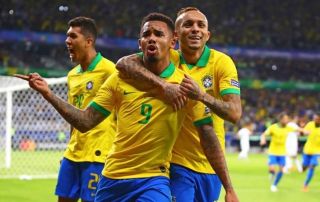 There was a distinctly Premier League feel about the Copa America semi-final as goals from Manchester City’s Gabriel Jesus and Liverpool’s Roberto Firmino gave Brazil a 2-0 win over Argentina.

The 32-year-old has once again failed to inspire Argentina to a major trophy, with Brazil now awaiting Chile or Peru in the Copa America final.

It would have been nice to see Messi get more joy out of this tournament, but Liverpool fans will be glad to see Firmino doing well as he becomes a hugely important player for Brazil.