Manchester United could reportedly be well placed to swoop in and sign Giovani Lo Celso after Tottenham’s negotiations with Real Betis hit a sticking point.

His performances attracted the attention of a number of top European clubs and he now looks certain to move onto a new challenge during the summer transfer window.

According to Sky Sports, Tottenham had emerged as the front-runners to sign Lo Celso, but they have been unable to agree on a fee with Real Betis.

A report from Marca translated by Sport Witness earlier this week stated that Betis would be willing to let a prized asset leave the club for around €75million and the door is now wide open for Man United, also linked with the player in that report, to arrange a deal.

Tottenham’s failure to land Lo Celso is a major boost for the Red Devils, who according to Sport Witness, have been keeping a close eye on the Argentine’s situation in recent weeks. 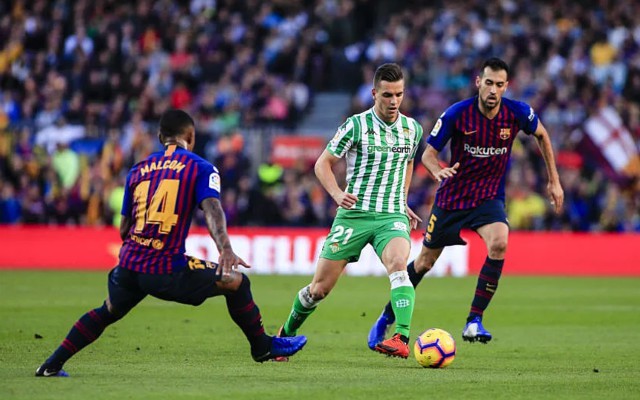 Ole Gunnar Solskjaer is still aiming to bring in a couple of extra new players before the start of the 2019-20 campaign, having already managed to lure Daniel James and Aaron Wan-Bissaka to Old Trafford.

Lo Celso would be an excellent addition to United’s ranks, but it remains to be seen whether or not the club will table an official bid in light of this latest news.

The Argentina international is an energetic player with impressive dribbling skills and a willingness to drive his team forward, which combined with his penchant for arriving in the box to score goals, makes him a great all-rounder.

United are certainly lacking a creative spark in midfield at the moment and Lo Celso’s arrival in Manchester would represent another great piece of business for Solskjaer ahead of a crucial upcoming season.