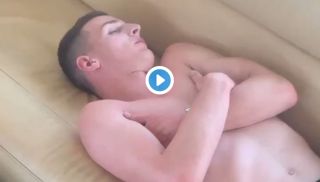 West Ham and England star Declan Rice was seemingly given the fright of his life by Mason Mount earlier today, as the Chelsea star woke the midfielder up by shouting at him whilst on holiday.

Having been asleep, Rice was woken up by Mount seemingly screaming at him at what looks to be a joke, with the Hammers star producing a hilarious reaction following this.

It was a brilliant reaction from Rice, but one that we definitely did not expect him to produce!

Cruel, but funny, from Mount!