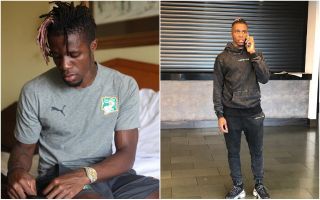 Crystal Palace star Wilfried Zaha has just intensified the transfer talk linking him with Arsenal this summer after a potentially telling gesture on Instagram.

The Ivory Coast international has been strongly linked with the Gunners this summer after the north London club failed with their first bid for him.

Zaha’s brother and agent has also spoken out about a potential move to the Emirates Stadium by naming Arsenal as the player’s boyhood club and pleading for Palace to let him go.

And now, as pointed out in the tweet below, the 26-year-old has deleted all mention of Palace from his Instagram page…

Wilfried Zaha has removed everything to do with Crystal Palace from his Instagram bio ? pic.twitter.com/0hrNtMP8cH

While it might not seem like much, in the modern age a player’s social media activity can often be a clear signal of their intentions.

It’s not necessarily going to be enough to make Palace sell him, but it does signal his clear desire to force the Eagles into letting him get his dream move.

Arsenal fans will hope these tactics can be successful, though it still remains to be seen how they can afford the £100million-rated attacker.