Arsenal are reportedly interested in signing Real Madrid left-back Marcelo, who is pushing to leave Santiago Bernabeu this summer.

The Gunners are in desperate need of defensive reinforcements after Nacho Monreal’s exit, with Unai Emery now exploring a number of possible options.

Arsenal have already submitted an offer for Celtic’s Kieran Tierney and are expected to launch a second bid of £22 million – as per Metro Sport – but they also have their eyes on Real Madrid superstar Marcelo.

According to Diario Sport, the Brazilian wants to leave the Spanish capital while the transfer market is open and Arsenal have made contact with Bernabeu officials over a possible deal.

The 31-year-old has spent the last 13 years of his career with Madrid, winning four European Cups and four La Liga titles, but he has fallen down the pecking order after the arrival of Ferland Mendy from Lyon this summer.

AC Milan, Juventus and Paris Saint Germain are also monitoring Marcelo’s situation and a bidding war could ensue before he returns to Spain after a holiday.

The Brazil international is enjoying a rest after being left out of Tite’s Copa America squad, but he is expected to report for pre-season duty with Madrid later this month. 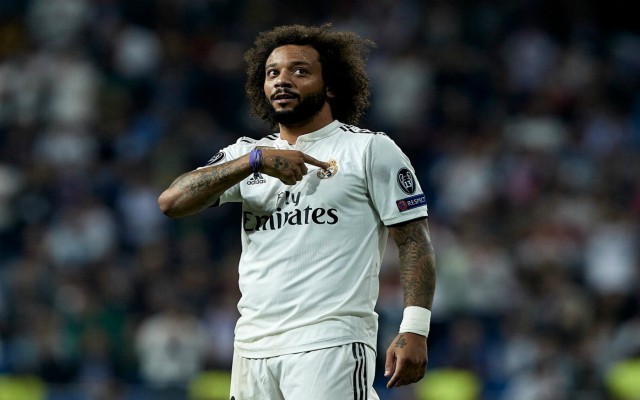 Marcelo in action for Real Madrid

Marcelo would certainly be a welcome addition to Arsenal’s ranks given his quality and experience, despite a difficult 2018-19 campaign which saw him suffer a significant dip in form.

The veteran defender was restricted to 22 La Liga appearances last term as Madrid finished a disappointing third in La Liga, while also failing to win any major honours.

Zinedine Zidane looks set to use Mendy as his first choice left-back next season, which is why Marcelo is pushing for an exit, but it is not yet clear where his preferred next destination is.

The wantaway full-back could get back to his best if granted regular playing time elsewhere and he would surely be a fixture in Emery’s starting XI at Emirates Stadium, but much could depend on whether or not Arsenal decide to go ahead with their second bid for Tierney first.