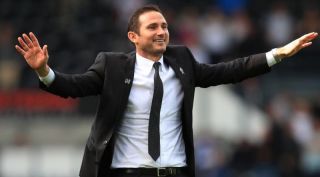 Chelsea have announced the appointment of club legend Frank Lampard as their new permanent manager on a three-year contract.

The Blues have been without a head coach since mid-June when Maurizio Sarri took the top job at Juventus after just one full season at Stamford Bridge.

Since the Italian’s departure, Lampard has been the only name on the lips of supporters across west London, after a successful debut season in management with Derby County over the last year.

According to Sky Sports, Chelsea’s all-time record goalscorer has now been confirmed as Sarri’s successor, after signing a three-year deal.

Derby will likely receive a compensation fee of £4 million for Lampard, who has now been handed the tough task of ushering in a new era at the Bridge after a summer of wholesale changes.

As per BBC Sport, Lampard expressed his joy after his return to Chelsea was confirmed on Thursday morning: “I am immensely proud to be returning to Chelsea as head coach.

“Everyone knows my love for this club and the history we have shared. However, my sole focus is on the job in hand and preparing for the season ahead.

“I am here to work hard, bring further success to the club and I cannot wait to get started.”

In addition to Sarri’s exit, Eden Hazard has left the club for Real Madrid, while Gonzalo Higuain returned to Juventus after a loan spell and Chelsea are unable to sign any replacements due to a transfer ban.

Lampard will have to maximise the squad he already has at his disposal and try to build on a promising 2018-19 campaign which saw the Blues finish third in the Premier League and win the Europa League. 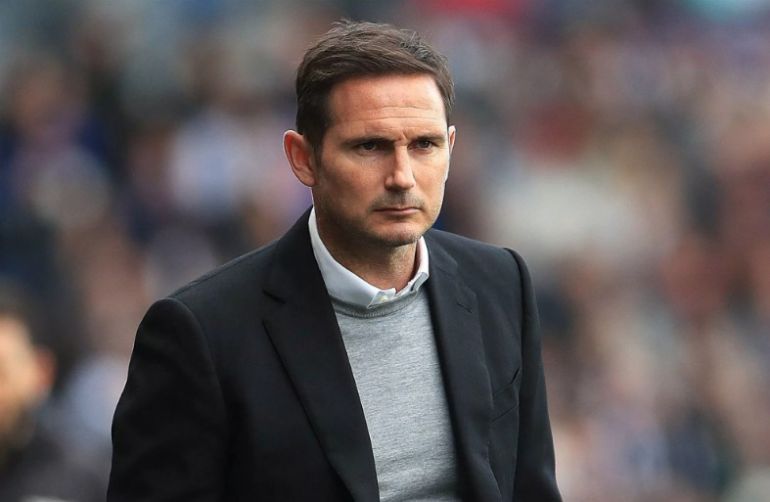 The 41-year-old earned his managerial chops at Derby by guiding them to the 2019 Playoff final but just fell short of promotion after a 2-1 defeat against Aston Villa at Wembley.

Taking over at Chelsea is a huge step up at this early stage of Lampard’s coaching career, but he will surely be a popular choice among the club’s supporters after so many years of faithful service as a player.

Chelsea director Marina Granovskaia is certainly fully behind the club’s new manager, labelling the Englishman as “one of the most talented young coaches in the game” at his unveiling – as BBC Sport reports.

Lampard’s assistant manager at Derby Jody Morris and first-team coach Chris Jones have followed him to the Bridge and they will get started with their new squad just in time for a crucial pre-season.