Manchester United do not need to sign a new centre-forward because Anthony Martial can take up the role, according to Dimitar Berbatov.

The French winger joined the Red Devils from AS Monaco in 2015 and has since managed to rack up 174 appearances for the club across all competitions, scoring a respectable 48 goals.

However, the 23-year-old has often come under criticism for his perceived negative attitude on the pitch and inconsistent performances, which has led to plenty of speculation over his future in recent times.

Martial did sign a new deal at Old Trafford back in January, which should see him remain at the club until 2024, but only if he can start to fulfil his potential in Ole Gunnar Solskjaer’s starting XI.

The Norwegian boss has been tipped to bring in reinforcements upfront with Romelu Lukaku poised for a switch to Inter Milan, but ex-United striker Berbatov has advised him against such a move.

The Bulgarian feels Martial should be deployed through the middle next season, having glimpsed his talent up close during their brief time together at Monaco.

Berbatov believes Solskjaer could get the best out of the Frenchman by passing on his own knowledge of the position, as he told Xinhuanet: “I’m not the coach. So it’s not my job to say that. But I think the strikers are good enough. I like them, especially Anthony Martial because I used to play with him in Monaco. I know how good he is. 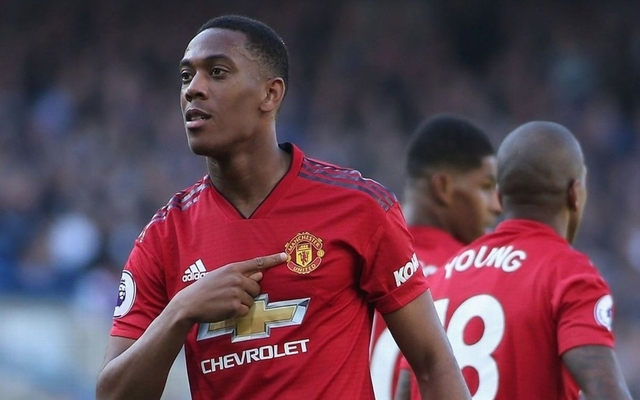 Martial in action for Man United

“Because he was a striker, one of the best in the world, so you can go easily to the manager and ask for advice like how to score, how to move, how to round. So to be honest, I don’t think they need someone new in the front line.”

Martial has rarely been used as a central striker during his time in Manchester, with Louis van Gaal, Jose Mourinho and now Solskjaer all preferring to use him out wide due to his pace and dribbling ability.

However, on the few occasions that he has been asked to lead the line, the France international has looked comfortable while showing off his impressive finishing ability when given a sniff of goal.

Marcus Rashford was Solskjaer’s first choice striker towards the end of the 2018-19 campaign, but he still lacks a killer instinct in the final third and is often wasteful.

The United boss would do well to act upon Berbatov’s comments and give Martial the chance to prove himself, which might save the club a lot of money which could be better spent elsewhere in the process.