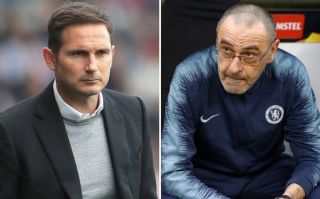 Chelsea’s new manager Frank Lampard has strongly hinted he’s going to move N’Golo Kante back into his best position after a difficult season under Maurizio Sarri.

The former Blues midfielder was announced as the club’s replacement for Sarri today, and was asked about a number of issues at his first press conference.

Among those was Kante and how he planned to use the France international, who has largely made a career as one of the finest defensive midfield players on the planet.

However, one major issue under Sarri was that he preferred to use Jorginho as his deepest midfielder, with Kante having to adapt to a new attacking role.

It’s fair to say this didn’t really work out and wasn’t massively popular with fans, and Lampard suggested he acknowledged that today with his reaction to a question about where he’d use Kante.

See the tweet below from Liam Twomey, who quotes the 41-year-old as calling Kante one of the greatest midfielders in the world and laughing as he says he knows where he plans to use the 28-year-old.