Liverpool have reportedly alerted FIFA to their concerns over the recent transfer of youngster Bobby Adekanye to Lazio.

The former Reds starlet left the club this summer and was recently confirmed as a new Lazio player after failing to make the breakthrough at Anfield.

However, it seems all may not have been right with the deal as Liverpool make FIFA aware of their concerns about Lazio’s approach to the player, according to the Evening Standard.

LFC seem to feel Lazio’s early talks with Adekanye may have played a part in persuading him not to sign a new contract on Merseyside.

This would thereby hit Liverpool in terms of receiving a transfer fee, with the Standard reporting that they received only €270,000 – a fee Lazio were obliged to pay to cover training costs.

It remains to be seen, however, if Liverpool will lodge an official complaint over this whole saga.

This could be a story worth keeping an eye on, however, as it seems likely all is not exactly as it seemed with this transfer. 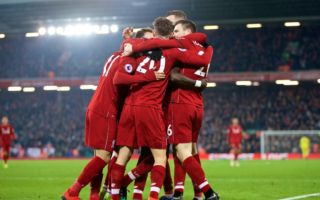 Liverpool starlet sends heartfelt goodbye to the club as he announces transfer away on Twitter May 15, 2019 14:41
Liverpool FC