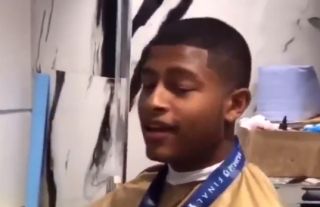 See below as ESPN show a video clip of Brewster enjoying a trim with this prized possession, though it’s worth pointing out he didn’t play a single minute of the club’s European campaign last term.

Of course, he’s still young and is entitled to enjoy his moment, but one imagines some fans won’t be too impressed by what could be perceived as showy antics from the youngster.

Brewster has long looked a promising talent at Liverpool and fans will hope he can knuckle down and make an impact in the first-team next season.