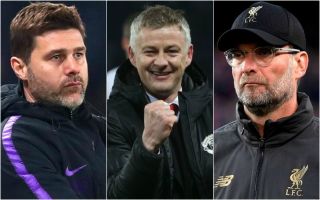 Manchester United look to be in pole position to complete the transfer of Sporting Lisbon attacking midfielder Bruno Fernandes.

The 24-year-old has been one of the most talked about names in transfer gossip columns this summer after a tremendous 2018/19 campaign with Sporting.

There seems little doubt Fernandes would add something to this Red Devils squad, and it looks like they are leading the running for his signature.

The latest from Jornal de Noticias, as translated by Sport Witness, is that Fernandes is ‘seduced’ by Man Utd’s offer, despite the same report also referencing sources linking him with Tottenham.

However, it also claims that United still need to meet Sporting’s €60million asking price for the Portugal international, and are not yet close to doing so.

If MUFC can do that soon, they will surely be in a commanding position to win the race for his signature and give their hopes for the new season a big boost.

Fernandes’ stats – 28 goals and 14 assists in all competitions last season – make him look an upgrade on Paul Pogba, while he’d surely displace the likes of Fred and Nemanja Matic to partner the Frenchman in the middle of the park.