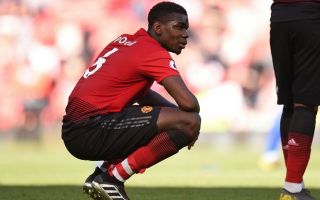 Manchester United have reportedly ruled out Paul Pogba missing the club’s pre-season tour this summer amid transfer speculation over his future.

Despite links with Real Madrid and Juventus, Man Utd fully expect Pogba to head to Australia with Ole Gunnar Solskjaer’s squad despite not reporting back to training at Carrington, according to the Daily Star.

The France international has not had the best of times in his three seasons at Old Trafford, and it could make sense for United to try to move him on this summer.

However, it would also be a major gamble as Pogba has shown he can be a world class talent in the right team, and MUFC could perhaps do with strengthening other areas of their squad to get the best out of him.

Either way, the Daily Star’s report certainly seems to play down any talk from United’s end of Pogba leaving for someone else this summer.

If the 26-year-old does leave, the Evening Standard have linked the Red Devils with interest in Tottenham star Christian Eriksen as a possible replacement.