Arsenal are said to have opened talks with Brazilian side Gremio regarding defender Walter Kanneman, a player who will bolster the Gunners’ limited options at centre back.

Unai Emery is definitely going to have to dip into the transfer market this summer in order to bolster his options at the back, especially given how poor the Gunners were defensively last year.

Only two teams in the top half of the Premier League conceded more goals than Arsenal last year, something that shows just how vital it is that the club add to their defensive options this summer.

And it seems like manager Unai Emery is fully aware of this, as the Mirror are stating that the club have opened discussions with Gremio regarding a summer move for Kanneman, who could be brought in for just £12M.

The report also states that Emery is keen to sure up his side’s defence ahead of their 2019/20 campaign, something the Spaniard absolutely must do if the club are to build on the fifth place finish they managed last year. 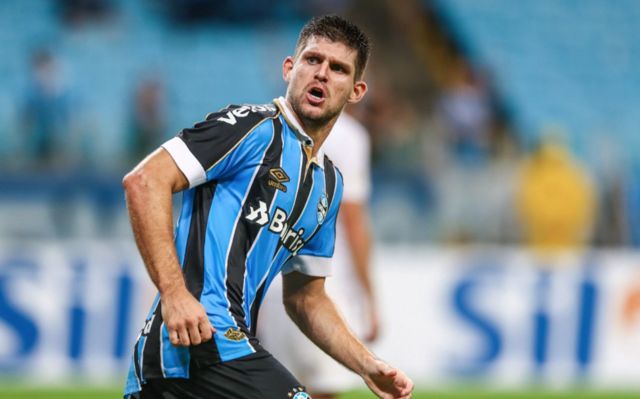 The Gunners currently have Laurent Koscielny, Shkodran Mustafi, Rob Holding and Konstantinos Mavropanos and Sokratis to pick from at centre back, all options that are far from brilliant.

Although Emery has a lot to choose from at centre back, all of Mustafi, Koscielny, Holding and Mavropanos are far from Premier League title-winning standard, thus it makes sense for the north London club to be in the hunt for a new centre back this summer.

Bid made: Club poised to give imminent response to Arsenal transfer offer May 18, 2019 13:34
Arsenal FC