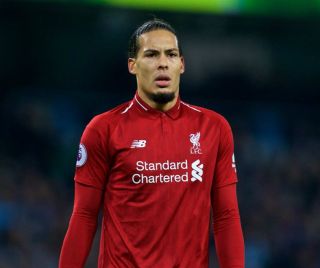 Former Liverpool and England defender Mark Wright has picked out what he thinks is Virgil van Dijk’s most influential characteristic which has led to the Reds’ success.

The 27-year-old has had a huge impact at Anfield since his arrival from Southampton in January 2018, as he has helped lead the Merseyside giants to a Champions League triumph as well as helping to convert them into genuine Premier League title contenders.

From his solidity in defending to his ability to play out from the back, the Dutch international seemingly has the full package, but there is one particular aspect of his game that Wright believes has made a huge difference at Liverpool.

“You can talk about his ability in possession and, yes, he can head the ball, he is quick and he can do all the other bits and pieces as well,” Wright tells Sky Sports. “But you don’t come to Liverpool unless you can do those things. The biggest thing that has impressed me is what I see from him when the ball is at the other end of the pitch.

“He dictates. He makes sure people fill those pockets where previously Liverpool were being hurt on the counter-attack. He makes sure others are aware. It’s that organisation of others that has made the biggest difference because there aren’t a lot of leaders around but he can do that. Nobody is going to argue with him because Virgil is the king pin.”

It’s difficult to disagree with Wright, particularly given that this was a major weakness for Liverpool prior to Van Dijk’s arrival as for all the goals that they were capable of scoring, their defence was still vulnerable.

With his leadership, organisational skills and ability to cover for others to sniff out danger, he has undoubtedly emerged as one of Jurgen Klopp’s most important players over the last 18 months, and he’ll hope that he can continue to have that same level of influence moving forward to help lead Liverpool to more trophies in the coming years.

While his other qualities are more likely to steal headlines and make highlight reels, it’s the deeper influence that he can also have off the ball which make him such a top-class player.

Photo: Liverpool star Virgil van Dijk spotted with the national team as he entertains the subs at half-time vs Scotland