Chelsea look set to receive a hefty transfer windfall this summer, after it was noted that Atletico Madrid are looking to sign Alvaro Morata on a permanent basis.

Morata spent the second half of last season on loan at the Wanda Metropolitano, scoring six goals and assisting once in 15 La Liga outings, as he helped Diego Simeone’s side secure a 2nd place finish in the league.

And it seems like the Spanish giants liked what they saw from the Spaniard, as the Telegraph are stating that Atletico are lining up a move to bring the player to the club on a permanent basis, with it also being stated that the Blues want around £50M if they are to sell the forward.

It’s not stated in the article as to how much Atletico are willing to pay for the Spaniard, but given Chelsea’s stance on the player, we can assume that the west London club will be in for a pretty hefty windfall at some point this summer. 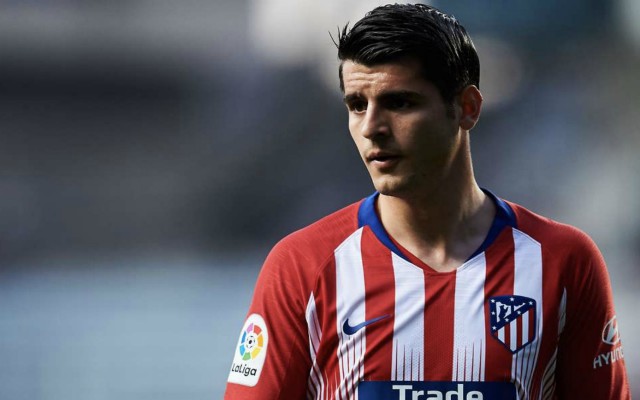 Morata has been largely disappointing during his stint at Stamford Bridge so far, with the Spanish international bagging just 24 goals and six assists in 72 games.

If Chelsea are able to bring in anywhere near £50M for Morata, it’ll be a great piece of business from Frank Lampard’s side, as they’d be getting a large sum for a player they basically have no use for from this point onwards.