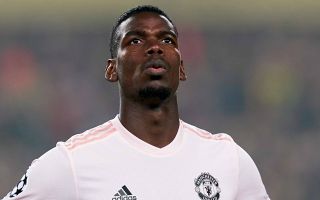 Reports claim that Lazio sporting director Igli Tare is in London this weekend, with the suggestion Man Utd could discuss a move for Sergej Milinkovic-Savic during his trip.

As noted by BBC Sport, fresh doubts have emerged over Paul Pogba’s future at Old Trafford, with his agent insisting that he wants to move on this summer.

Should an exit materialise, that will leave a major void that must be filled in the United midfield, and it appears as though they could have their sights set on a possible solution.

As per La Gazzetta dello Sport, Tare is in London this weekend to try and sign players for Lazio, but it’s noted that in light of developments on Pogba’s future, it could also be an opportunity for Man Utd to hold talks with the Lazio chief over the possibility of signing Milinkovic-Savic.

It’s added that the Serie A giants still hope to get as close to the €100m mark as possible for their prized asset, although the suggestion has been that both United and Paris Saint-Germain would be willing to offer around €75m.

Question marks will arguably have to be raised over that valuation of the 24-year-old though, given he managed just seven goals and three assists in 41 appearances last season which was a drop off from his previous figures.

Having yet to prove that he can deliver at the highest level on a consistent basis, €100m is a lot of money to be splashing out, although with the Mirror noting that Man Utd are demanding £150m for Pogba this summer, they will have more than enough in the transfer kitty to sign Milinkovic-Savic, if they do indeed believe that he is the best possible replacement.