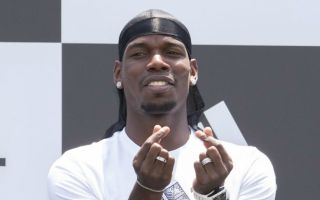 Manchester United are reportedly ready to consider selling Paul Pogba in this summer’s transfer window if they can get around £150millon for him.

This transfer update comes from French outlet L’Equipe, as translated by the Metro, and states that Pogba could be set to snub Man Utd for their pre-season tour.

With this being the case, the report explains that the Red Devils are now increasingly resigned to losing the France international this summer.

The report also references links to the likes of Bruno Fernandes and Sean Longstaff as potential replacements for Pogba, whose time at Old Trafford is surely up.

The 26-year-old has simply not done enough to justify this kind of behaviour in his three seasons in Manchester, during which he’s been inconsistent and seemed a troublesome presence in the club’s squad.

It was recently claimed that Pogba’s uncertain future had left the United dressing room unsettled, though club chief Ed Woodward was still keen to keep hold of him, according to the Sun.

It sounds like that may now have changed, however, with MUFC setting an asking price for Pogba that, in theory, doesn’t look like it should be too much for some of Europe’s super clubs.