It remains to be seen if the England international is still a target for the Red Devils, with the club recently strengthening at right-back with the signing of Aaron Wan-Bissaka.

According to the Daily Mail, Trippier is now one of eight players being made available by Spurs this summer, and not so long ago the Mail also linked him as a £30million target for Man Utd.

Although United have Wan-Bissaka as first choice and Diogo Dalot as a backup, it’s not inconceivable that Ole Gunnar Solskjaer might want more than that in that position.

The Evening Standard recently claimed Solskjaer was unsure about Portuguese youngster Dalot, as he sees him as too raw. 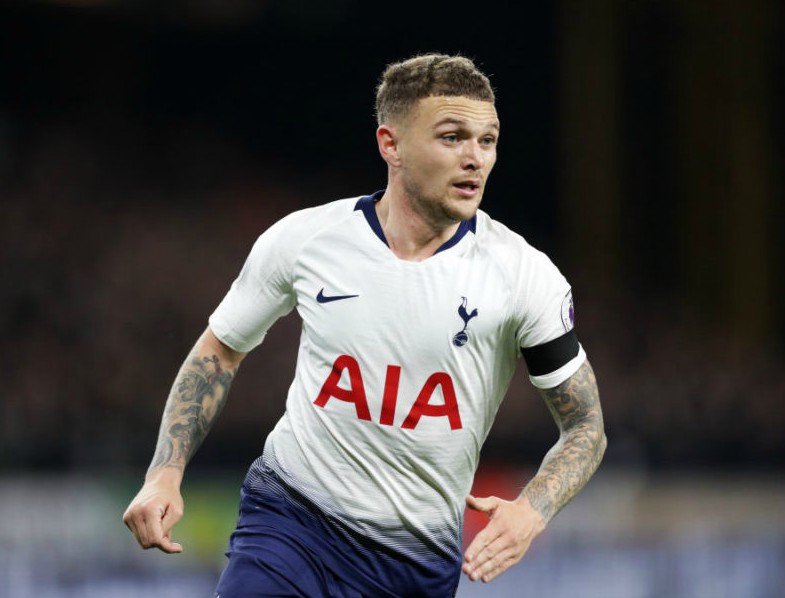 Kieran Trippier could be leaving Tottenham

Another recent report from the Standard also claimed Solskjaer could try using Dalot on the left-hand side or further forward next season.

With a more proven and experienced right-back in Trippier now apparently available, it could well be tempting for MUFC to swoop for him.