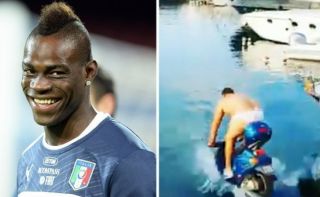 Mario Balotelli has uploaded a video on Instagram of a bar owner driving a Vespa scooter into the sea.

According to the Daily Star, the Marseille striker paid the guy around £1,800 to do it, so fair enough, we’d probably have accepted that offer too.

Balotelli, formerly of the likes of Manchester City, Liverpool and AC Milan, has been involved in a series of bizarre and hilarious off-the-pitch incidents in his time, but this is up there with his wackiest!