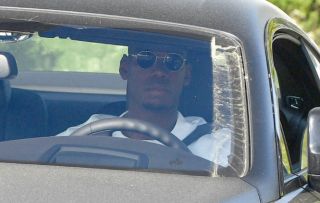 Manchester United midfielder Paul Pogba has been named on the club’s squad list for their pre-season tour this summer.

This is despite plenty of transfer gossip linking the France international with a move away this summer after a difficult three years at Old Trafford.

Pogba’s agent Mino Raiola has also been quoted by the Times as saying his client wants to leave Man Utd and is in the process of doing so.

Many fans will have felt that Pogba being included in Ole Gunnar Solskjaer’s squad for pre-season was a good sign in terms of keeping him at the club, but Neil Custis of the Sun has provided another intriguing update that has some fans talking…

This could be perfectly innocent and there doesn’t seem to be more information about at the moment, but a number of United fans have jumped to the obvious conclusion.

Here’s some reaction from MUFC supporters on Twitter, most of whom now seem to be at the point of wanting Pogba gone…

Hope that's the last time he's in Carrington. I'd accept anything from 90m onwards for him. Anything to get rid. He's poison.

Good he can fuck off to Madrid Fergie was right

He’s fucked off thank god for that

UPDATE: It seems all is well, for now, with Pogba spotted at Manchester Airport preparing to leave with the rest of the squad. It’s fair to say he doesn’t look like the happiest man in the world, however…