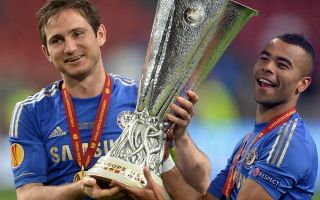 Cole played under Lampard during the latter’s managerial spell at Derby County, joining the club this January. The left-back made 12 appearances for The Rams all season and managed to score a goal against Brighton and Hove Albion and provided two assists against Bolton Wanderers and Birmingham. He played the entirety of Derby’s Championship Playoff Final defeat to Aston Villa.

During his spell at Derby County, Cole also played with Mason Mount and Fikayo Tomori, both of whom were at Derby on loan from Chelsea.

Upon his appointment as Chelsea boss, Lampard praised Cole, saying, as quoted by The Sun: “First of all, I needed him as a player at Derby. And then there’s the extra stuff in terms of what he brings as a professional. Ash is great for the group. He was always first in at training, friendly with everyone and humble, even though he was the best left-back in the world for a long period.”

Lampard’s assistant at Derby County Jody Morris is now also his assistant at Chelsea and one of his former teammates, Petr Cech, is now the club’s technical director. According to The Sun, Lampard is also keen for Cole to be a part of is backroom staff.

Ashley Cole was an integral player for Chelsea during his eight-year stint at the club. He helped the Blues win a Premier League title, a Champions League title, a Europa League title and four FA Cup titles among other trophies.

Cole has a very good understanding of Chelsea’s culture and his addition to Lampard’s backroom staff could be useful for Chelsea.