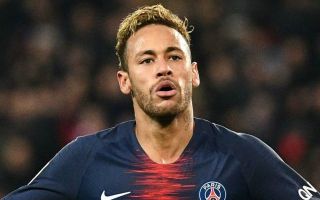 Neymar is seemingly in hot water with Paris Saint-Germain after the club issued a statement confirming his absence from an agreed return to training.

The 27-year-old missed the Copa America this summer due to an injury, with his compatriots going on to win the tournament without him at the weekend.

As noted by The Express, speculation remains rife over his club future, with ongoing rumours of a possible return to Barcelona.

His latest actions will do little to silence those rumours, as PSG have issued a club statement confirming that the Brazilian superstar didn’t attend an agreed training session and didn’t seek the club’s approval beforehand to confirm his absence.

Importantly, it’s added that the reigning Ligue 1 champions will now “take the appropriate measures”, thus suggesting that they could be ready to take disciplinary action against their talisman.

Whether it’s linked to his future or not, this is arguably a serious lack of professionalism from Neymar to his current employers, as the least he can do is attend agreed training sessions and work towards making a full recovery.

Time will tell if there was a genuine reason for his inability to make it, but clearly PSG aren’t impressed and rightly so as it appears as though there is an increasingly tense relationship emerging between the two parties.

If Neymar is keen to seek an exit from the French capital this summer, there are certainly better ways to go about it. However, it remains to be seen if PSG are even willing to entertain the idea as they will surely hope to have him at their disposal next season as they go in search of more trophies.