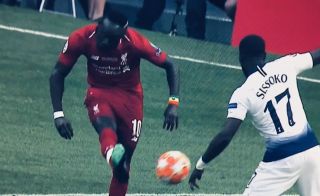 Tottenham fans can feel pretty aggrieved as it’s emerged Liverpool would not necessarily have been given their penalty in the opening minute of the Champions League final last month in next season’s Premier League.

VAR is set to be introduced to the English top flight next season, and many have voiced concerns about the handball rule in particular as a harsh new interpretation of it means more soft penalties could be given.

Still, according to the Times, the Premier League do not intend to come down hard on handball incidents next season, with referees chief Mike Riley saying that Moussa Sissoko’s hand-ball in the Champions League final would not have resulted in a penalty for Liverpool in the Premier League.

It’s a bit late for Spurs fans, however, who saw their team go behind early in that big game and never really recover as Liverpool went on to win 2-0 and lift the trophy.

Overall, though, fans will be relieved to hear VAR doesn’t sound like it will interfere too much and ruin the flow of games in the Premier League next season.