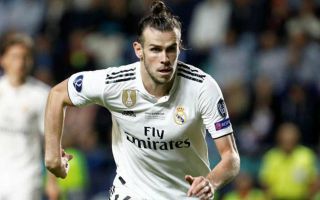 Gareth Bale is reportedly looking set for a transfer to Bayern Munich this summer after being unconvinced by offers from Manchester United and Tottenham.

According to Don Balon, the £72million-rated Wales international now looks to be being lined up for Bayern as they seek new attacking players this summer.

The Bavarian giants have just lost Franck Ribery and Arjen Robben, the latter of whom has retired from football, and Bale could be a decent replacement.

Don Balon claim Bayern are considering the former Tottenham winger as an alternative to Manchester City’s Leroy Sane, as he could be more easily attainable.

Bale has had a mixed spell at the Bernabeu since his move from Spurs in 2013, with the player certainly picking up a lot of trophies in his six years in Spain.

However, few would say he’s truly lived up to his immense potential, having long played second fiddle to Cristiano Ronaldo, and having then failed to step up after his departure to Juventus.

Bale surely still has something to offer at the highest level, though, and could shine at the Allianz Arena if this move does go through.

Man Utd and Tottenham may well feel they’ve dodged a bullet if that happens, as both clubs could probably do better than bring back in ageing and out-of-form Bale right now, despite their respective needs in attack.