Man Utd have reportedly been handed a transfer boost as it’s claimed that they’ve been given the green light to discuss a deal with Mario Lemina.

The 25-year-old initially caught the attention of clubs around Europe during his time in France with spells at Lorient and Marseille.

That led to a move to Juventus in 2015, but after a limited role in two years with the Turin giants, he eventually moved on and signed for Southampton in 2017.

With 49 appearances under his belt over the past two campaigns, he has gained crucial experience of playing in England and although injuries and inconsistency have seen him stutter slightly, he has earned rave reviews along the way for the energy, tenacity and physical presence that he brings to Southampton’s midfield.

According to The Times, he could now be taking those talents to Man Utd, as it’s reported that the Red Devils have been given permission to hold talks with the midfield star, who is eager to leave the Saints this summer.

It’s added that he’s valued at around £18m, but after Ander Herrera’s exit this summer due to an expiring contract, coupled with ongoing question marks over Paul Pogba’s future at the club, as per BBC Sport, Ole Gunnar Solskjaer will need to bolster his midfield this summer and Lemina could now emerge as a solution for him.

In an ideal world, the Norwegian tactician will arguably want to keep Pogba at United, as the Frenchman’s attacking qualities and all-round presence in midfield would be a huge loss for him.

Lemina would be better suited to replacing Herrera and adding a bit more steel to the United midfield to allow Pogba to flourish in the final third, but time will tell how the Man Utd line-up takes shape in the new campaign with plenty of time for movement.

It’s added by the Times that Arsenal are also interested in Lemina, and so it remains to be seen if he’s given a choice of a move this summer, albeit neither club can offer him the chance to play in the Champions League this coming season. 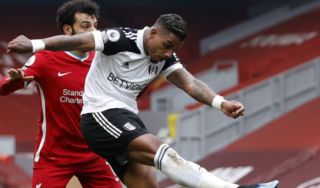